A DOCUMENTARY ABOUT HIGHS & LOWS

Over 4 years, filmmaker Monty Wates was given exclusive access to the first ever medical trial to give psilocybin (the psychoactive ingredient in magic mushrooms) to a group of volunteers suffering from clinical depression.

His remarkable film follows three of the volunteers and their families, and the ambitious staff running the trial, who are hoping this controversial treatment will have the power to transform millions of lives.

With deeply moving footage of the “trips” the patients go on, this intimate film is an absorbing portrait of the human cost of depression, and the inspirational people contributing to groundbreaking psychedelic research.

I’m 45 years old. I have two children. I’ve been there for every important event in their lives. First day at the nursery the primary school. We tried to do everything as a family. Sadly this all stopped around 8yrs ago. Sometimes it feels like I’m dead and I’m just the ghost of my former self-watching life happen all around me but never able to take part.

I’ve tried every kind of medicine there is with no hope. I had no hope going to do this. I was sceptical. Drugs are for mugs, so school taught me.

In a way Monty was like a soundboard. His questions helped bring a deeper reflection. This made the filming both positive and difficult. On reflection, it was like the trial. I’m glad I did it but it wasn’t a barrel of laughs.

Many years of self-doubt, difficult life circumstances and failed conventional mental health treatment had taken me to seek the unconventional treatment given at Imperial that February / March of 2016.

The trial conducted issued an experience that I will never forget or ever be able to accurately describe to another person. There would be little advice given that could have prepared me for the journey I undertook apart from saying 'you may learn the reasons why depression takes such a firm hold'. The reasons, in my case, were mostly unknown to me prior to the trial and had never been addressed in years of therapy. Though hugely difficult to accept at the time these revelations, brought about by the psilocybin, maybe completed a psychological jig-saw to allow me to process this new knowledge which had prevented my ability to heal.

I have suffered from crippling depression for all of my adult life. I’ve had many treatments including being hospitalised, ECT and lots of medication. Nothing has any lasting effect. Depression has ruined my life.

Being given an opportunity to go on the drug trial was a ray of hope for me. I agreed to be part of the documentary film to show others suffering from this debilitating illness that there might be a solution.

Selfishly I wanted to review the footage and learn from other people on the trial. It has been a long difficult journey. I hope others will find solace in the film.

Despite a lot of interest from filmmakers, we initially felt it best to concentrate on the main task at hand – i.e. the trial itself. Some way through, however, I was contacted by an old colleague of mine, a young psychiatrist, who told me about a friend of his who was involved in the making of the feature film, Age of Stupid, about climate change.

He spoke very highly of her, and I liked the look of her films, so we agreed to meet with her and her colleague, Monty. Another motivator was that the trial had been going well, and it felt like what we were doing was special in some sense, and needed to be properly captured so that others could see how intense the process was and just how, when a treatment goes particularly well, someone’s life can be entirely turned around.

Psilocybin therapy is a particularly complex treatment model however, it’s not just a matter of giving people some magic mushroom and hoping for a miracle, so I felt it was important for people to see the treatment’s complexity for themselves, so its subtleties could be appreciated. 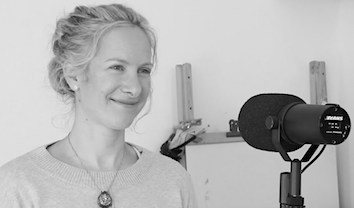 Psilodep was a landmark study and a profound turning point in my life. Being in the session room with participants as they bravely knocked back the capsules of psilocybin was a humbling experience, and witnessing their journeys showed me a glimpse of an extraordinary new path. It was nerve-wracking, inspiring and heart-warming work.

I'm very grateful to Andy and John for their participation in the study, and also their bravery in being involved in this film. I think they did it because they glimpsed something of the potential of this new path, and they want to secure the right to explore it, for themselves and others. (Ros did not sit with Mark).

I am glad the film has been made. I perhaps wouldn't have said that during my first nerve-wracking interviews (this was my first experience of being in front of a camera), but Monty was a delight to have around, and by the end of the filming I think he became quite proficient in the theory and practice of psychedelic therapy. A true professional, and a really lovely person: I think we all (researchers and participants) felt respected and understood throughout the film-making process.

Monty spent ten years making primetime factual documentaries including Faking It (Ch4), Jamie’s Chef (Ch4), and The Planners are Coming (BBC). Monty’s most recent TV work was with the renowned political filmmaker Penny Woolcock (One Mile Away). They filmed London’s homeless community for the documentary On The Streets (BBC1). This is Monty’s first feature documentary.

“I came to this project with a strong desire to document reality as truthfully as possible. Getting exclusive access to this trial gave me the opportunity to explore and challenge peoples’ opinions on depression and psychedelics. Working alone I was able to develop a deep trust with the volunteers and the researchers and this allowed them to share and explore their innermost thoughts.”

Lizzie is the producer of The Age of Stupid, a climate change documentary which starred Pete Postlethwaite and reached Number 1 at the UK box office. She pioneered the enormously successful “crowd-funding” scheme raising £900,000 from 300+ people. Lizzie has recently joined the double Oscar-winning documentary company, Passion Pictures, as their Head of Development.

Since we started making this film two years ago the story has gotten much bigger, with reports in The Economist and the Financial Times, as the psychiatric community has realised psychedelics drugs may be an important new tool in treating depression.”

John has cut award-winning documentaries for many notable filmmakers including; Nick Broomfield (Driving Me Crazy, The Leader, His Driver and the Driver’s Wife); Kim Longinotto (Dream Girls, Shinjuku Boys); Mat Whitecross (Moving To Mars); Laura Fairrie (The Battle for Barking). He edited The Divide, with director Katharine Round, which sold to Netflix in 2017.

“When Monty and Lizzie approached me to edit their film I was immediately interested. I have had my own encounters with both depression (though nothing like as extreme as that experienced by the 3 subjects in the film) and hallucinogens, so - on learning that they planned to take a serious, non-judgemental approach to those two subjects - I felt as if the project was made for me.”

Christopher White is a composer for film who creates scores for feature films and televsion, drama and documentary. Recent credits include Thank You For the Rain (UK, Norway), Four Days That Shook Britain (ITV), Educating Greater Manchester (CH4) and The Heart Machine (USA).

“As a composer for film I have a passion for scoring the psyche. I therefore jumped at the chance to be involved with a project that not only explores the use of unconventional psychological treatments, but is one that intimately explores the perceptions and realities of depression and how its presence is felt in our everyday life.”

Can't see a screening near you? Demand one!

Organise your own screening

If you can't see a screening of Magic Medicine near you, then we can help you organise your own!

The fastest and easiest way to set up your screening is to click the link here and fill out the form with all the details about the screening. We also have a 'How To' document which you can download here, which gives you a step by step guide on how to organise your screening of Magic Medicine.

Alternatively, if you can't fill out the form or have any questions please do email screenings@dartmouthfilms.com with Magic Medicine in the subject line.

Andy before dose from Dartmouth Films on Vimeo.

Science from Dartmouth Films on Vimeo.

Amsterdam from Dartmouth Films on Vimeo.